Who is it for?

Is early intervention only for young children?

No. We cater to the age group 0 -18 as we know at times the identification of the child’s challenge are done at a later stage.

What are the early indicators to visit an early intervention centre?

If your infant/young child/adolescent is having difficulty with communication, language or behaviour, it is suggested to either visit a developmental pediatrician or an early intervention centre for screening and identification process. 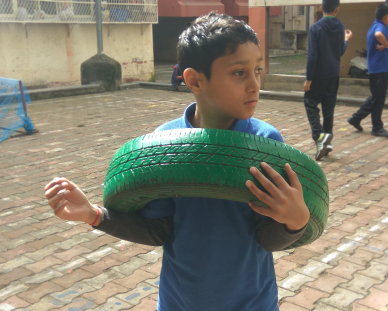 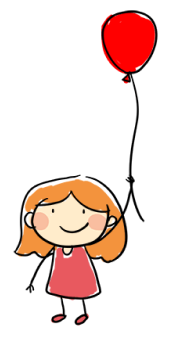 An aid to multitude of challenges

With our access to a range of specialists, we are able to attend the following difficulties a child may face.

Comprises a diverse group of disorders with the main impairment being cognitive processing which leads to challenges in academic performance and psychosocial implications. This neurodevelopmental disorder brings forth dyslexia (reading challenges), dyscalculia (arithmetical calculation difficulties), dysgraphia (inability to write) and dyspraxia (motor difficulties). According to NIMHANS (India) study, in a school population the prevalence of SLD in written expression was 8-15% and 6% had mathematical difficulties.

Unfortunately, children with undiagnosed or untreated ADHD can struggle with schoolwork, self-esteem, and interpersonal relationships.

Autism spectrum disorder is a condition related to brain development that impacts how a person perceives and socializes with others, causing problems in social interaction and communication. The disorder also includes limited and repetitive patterns of behavior. The term "spectrum" in autism spectrum disorder refers to the wide range of symptoms and severity.

Autism spectrum disorder begins in early childhood and eventually causes problems functioning in society — socially, in school and at work, for example. Often children show symptoms of autism within the first year. A small number of children appear to develop normally in the first year, and then go through a period of regression between 18 and 24 months of age when they develop autism symptoms.

While there is no cure for autism spectrum disorder, intensive, early treatment can make a big difference in the lives of many children.

Additionally, the intellectual and adaptive deficity begin early in the developmental period.

There are four levels of ID:

ID involves both a low IQ and problems adjusting to everyday life. There may also be learning, speech, social, and physical disabilities.

Cerebral palsy (CP) is a group of disorders that affect a person’s ability to move and maintain balance and posture. CP is the most common motor disability in childhood. Cerebral means having to do with the brain. Palsy means weakness or problems with using the muscles. CP is caused by abnormal brain development or damage to the developing brain that affects a person’s ability to control his or her muscles.

Damage to the brain can contribute to other neurological problems, such as:

Down syndrome is a genetic disorder caused when abnormal cell division results in an extra full or partial copy of chromosome 21. This extra genetic material causes the developmental changes and physical features of Down syndrome.

Down syndrome varies in severity among individuals, causing lifelong intellectual disability and developmental delays. It's the most common genetic chromosomal disorder and cause of learning disabilities in children. It also commonly causes other medical abnormalities, including heart and gastrointestinal disorders.

Examples of sensory input may include:

Sensory processing is typically divided into eight main types. They can include:

The symptoms of having sensory processing issues may depend on the way a child processes different sensations.

Children who are easily stimulated may have hypersensitivity. This means they have an increased sensitivity to sensory inputs like light, sound, and touch. These sensations may bother them more, cause them to lose focus in the presence of too much sensory information, or cause them to act out.

Children may also experience hyposensitivity. This means they may have reduced sensitivity to sensory output.

The type of sensitivity someone experiences may largely determine what their symptoms are. For example, children who are hypersensitive may react as though everything is too loud or too bright. These kids may have difficulty being in noisy rooms. They may also have adverse reactions to smells.

Sensory hypersensitivity may cause:

In contrast, children who are hyposensitive and experience reduced sensitivity crave interaction with the world around them. They may engage more with their surroundings to get more sensory feedback.

In fact, this may make them appear hyperactive, when in reality, they may simply be trying to make their senses more engaged.

Sensory hyposensitivity may cause:

Stay tuned with our events!